The History of Balloons

Children have been playing with balloons for centuries. There are illustrations from as long ago
as the 14th century that show balloons made from inflated pig’s bladders, not quite
the same as a modern balloon but a balloon all the same.

In the beginning, balloons were often used by scientists. 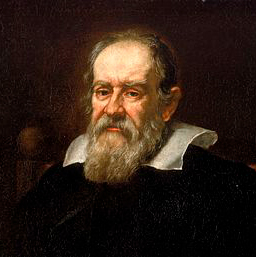 Galileo used the pig’s bladder version in an experiment to measure the weight of air, and it was Michael Faraday who created the first rubber balloon, when he needed it for an experiment involving hydrogen.

In 1824 Faraday cut his balloon shapes from two sheets of rubber, pressed the edges together and coated the inside with flour to prevent them from sticking.

He described the balloon stretching and becoming transparent as it inflated, much like a modern party balloon.

The first rubber balloons were sold in 1825 but they were more science experiment than toy.

Thomas Hancock sold a DIY balloon kit consisting of a bottle of rubber solution and a condensing syringe. An interesting way to spend an afternoon, whether or not you end up with an airtight balloon at the end of it!

Hancock also patented the process of pouring rubber over moulds, or dipping moulds into latex by hand.

Latex balloons were manufactured for the first time in 1847, made from vulcanised rubber latex harvested from the hevea brasiliensis rubber trees.

These are widely believed to be the first modern balloons, unaffected by temperature and perfect playthings.

It was these balloons that four year old Angelo Rocco fell in love with four decades later, when his family emigrated to France to help his brother-in-law.

In fact, in 1899 Angelo was managing the balloon workshop that supplied the most exclusive shops in Marseille, an impressive achievement at just 15 years old. Three years later, Angelo returned to Italy and founded the first Italian company to manufacture latex balloons, in Casalvieri, where we still have our home today.

Each balloon was carefully handmade by expert artisans using a long and complicated process, but they were of such good quality that they were in demand. Angelo expanded his business and sold balloons throughout Europe, Africa and the Middle East.

Balloons were very clearly here to stay and set to become more and more innovative.

In 1953 Angleo’s son, Genesio, founded his own company and transformed balloon production.

He grew it to an industrial scale and later installed the first automatic dipping line in Italy.

In 1977 Genesio’s son, named Angelo after his Grandfather, took the reins of the company and in 1990 Gemar was officially founded. The company has gone from strength to strength, becoming world leaders in the industry.

These days Gemar specialises in printing latex balloons and we have a reputation as innovators.

We always aim to stay on trend and encourage creativity and ingenuity in everything from our designs to our Balloonista program, which allows anyone to become a balloon artist.

From pig’s bladders to science experiments, the history of balloons is peppered with the weird and wonderful.

Their future is in our hands, and we look forward to lifting the moment for a great many years to come.