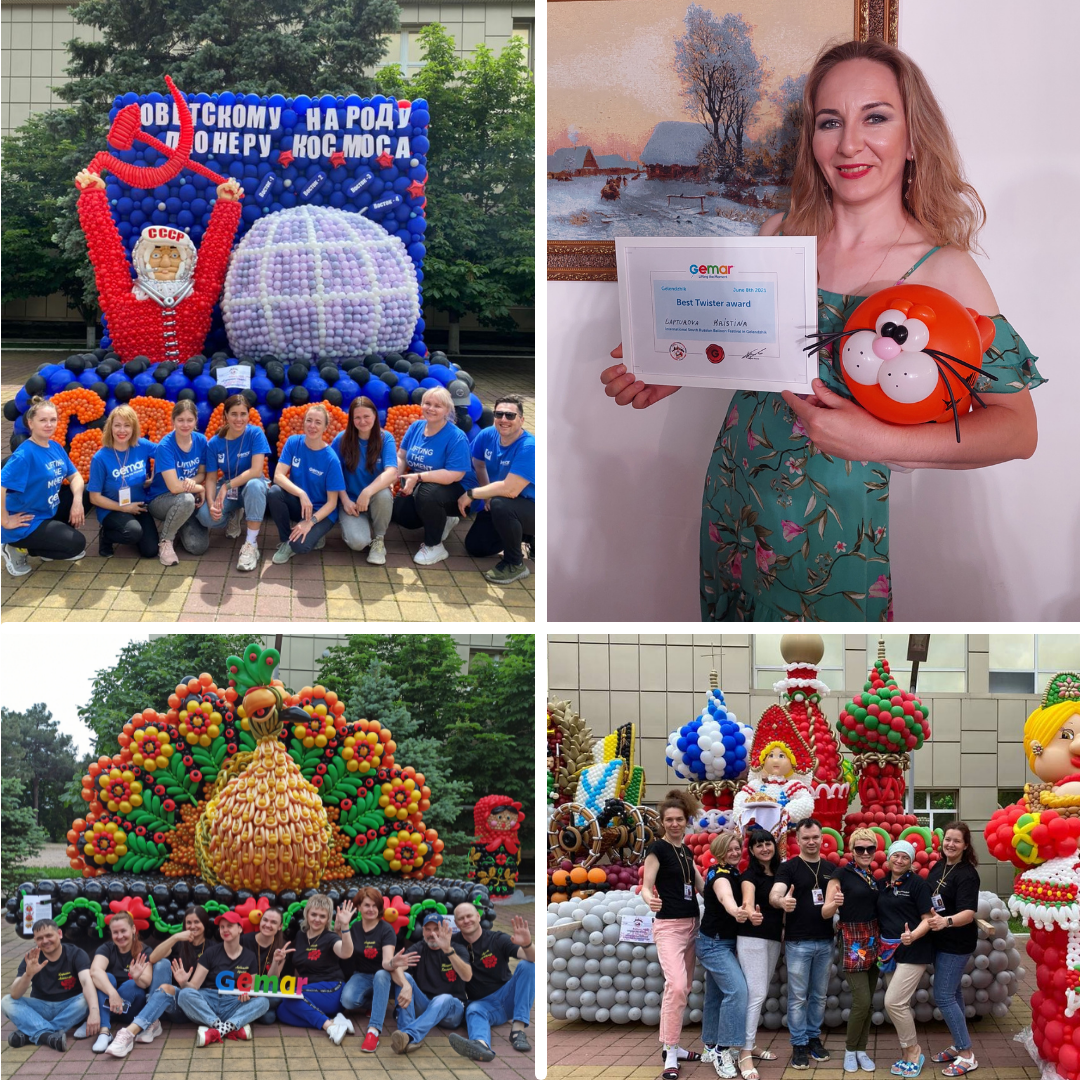 A Sea of Balloons in Gelendzhik

This year saw the 9th International “Sea of Balloons” Festival in Gelendzhik, Krasnodar. Organised by our friends at HolidayMaster, this wonderful event brought together 14 teams to compete in various categories. Over 150 participants travelled from all over Russia, and from neighbouring countries, to enjoy a week filled with the fun and challenge of balloon art.

At Gemar we were delighted to sponsor three teams. The Golden Hands team captain was Gemar Ambassador Irina Lobanova and another Ambassador, Irina Gvozdenko, was team captain of the Strange People, Premium Shar was led by team captain Anatoly Zanin.

All three teams did extremely well across categories designed to test every possible element of balloon design. Meticulous planning and excellent teamwork were essential to build the huge carnival float displays, complete with balloon costumes. The floats joined a parade through the city streets, exposed to sea air and southern sun, before being judged. So it was essential that they were built to survive the elements.

At the other end of the scale, creativity, quick thinking and fast fingers were put to the test in the Black Box challenge and the Jam Ring contest, where participants created a sculpture in just 12 minutes.

This year the theme for the festival was “The Golden Pages of Russian History” and each team interpreted the theme beautifully.

Premium Shar celebrated St Basil’s Cathedral, one of the most recognised symbols of Russia. The beautiful columns and golden domes were re-created on their float to wonderful effect. That motif was echoed by the domes they included in other categories, particularly the balloon hat and deliverable bouquet.

Strange People looked to more recent history as they commemorated the first space flight. They too used this theme throughout their work, featuring stars in their bouquet and creating the sweetest small sculpture of a spaceman, as well as a spectacular rocket costume complete with spacewalking dogs!

Golden Hands were inspired by “Khokhloma”, traditional Russian folk art dating back to the 17th Century. The iconic black background and distinctive floral patterns in red, green and gold truly stood out from the crowd.

All three teams did well in the various contests and came away with prizes to show their skill. Even so, special mention has to go to Golden Hands who won first place, not only as “Most Technical Team” and “Most Creative Team” but also in the “Grand Prix.” This was a prize for the team with the most points overall and shows great all round skill.

We would like to send a huge congratulations to all three of our teams, to Irina, Anatoly and Irina as team leaders and to everyone else that took part. The legacy of an event like this is in the joy it brings, the smiles that remain long after the balloons have deflated. Looking at the photos, it’s clear to see that when it comes to spreading joy every participant was a winner! 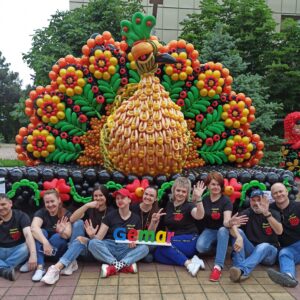 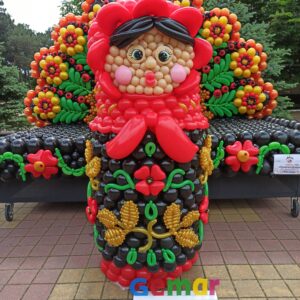 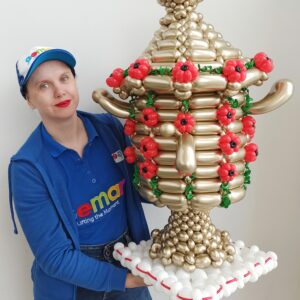 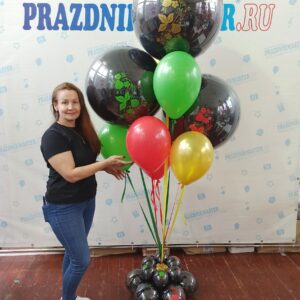 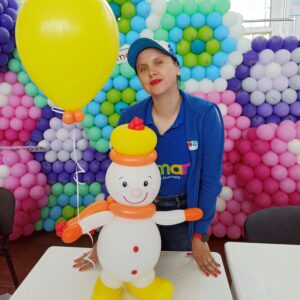 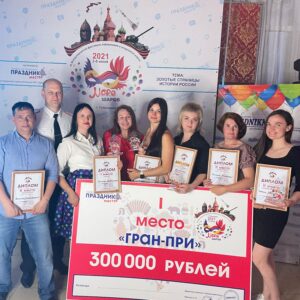 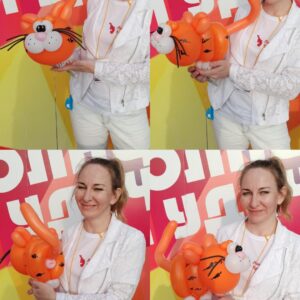 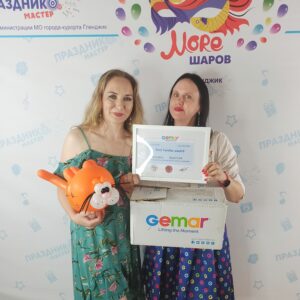 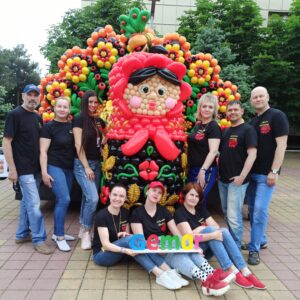 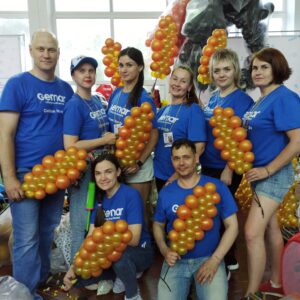 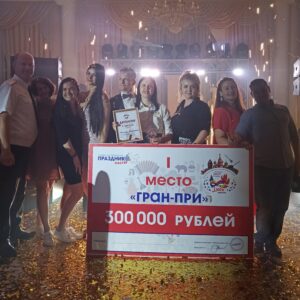 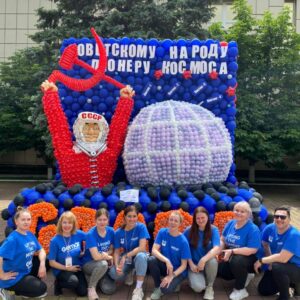 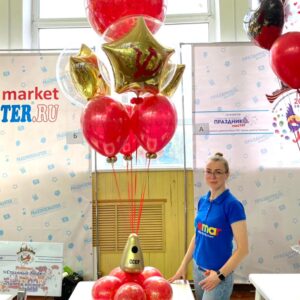 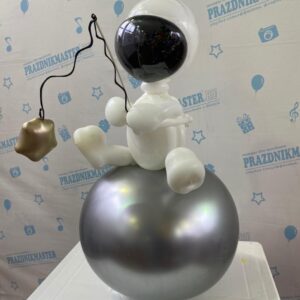 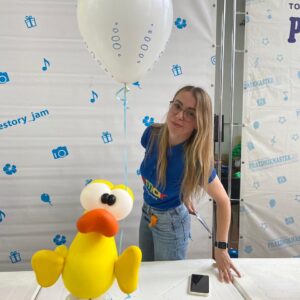 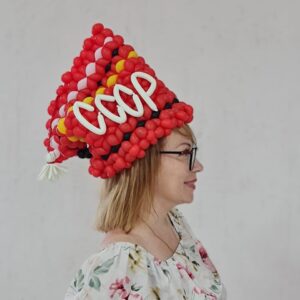 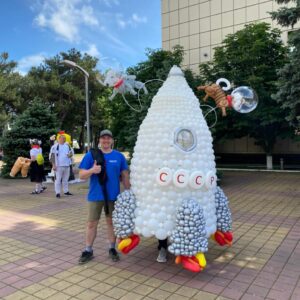 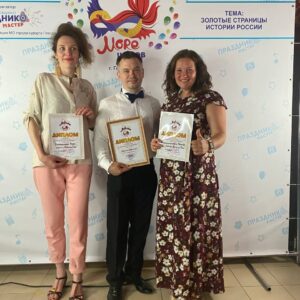 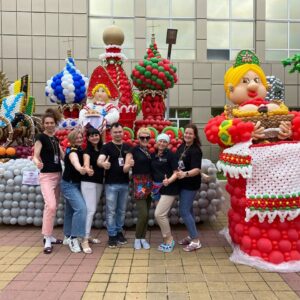 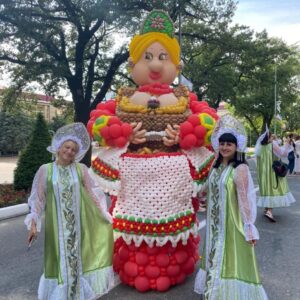 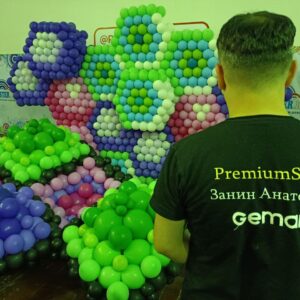 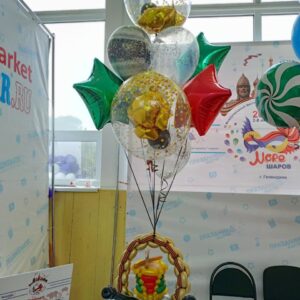 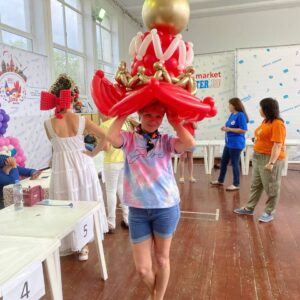 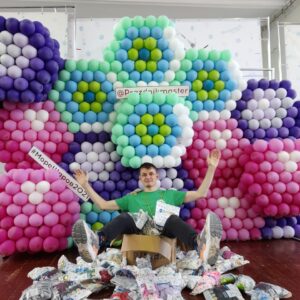