During a week in Las Vegas at The Bing Bling Jam convention Gemar USA had an incredible time alongside two sponsored balloon artists. Now we will break the number one rule of Las Vegas and share everything that happened with you!

The convention began on July 17, 2022 in the Binions Hotel Apache, where Gemar instructors Brady Degroot and Austin Humphreys held workshops themed around animals to beach vibes.

The first workshop was held by Austin Humphreys and was about his animated design “Humphreys the Humping dog”. This class marked the opening class of The Bling Bling Jam.

Second one was called the “Chubbies” and was held by Austin too. A class made out of standard round balloons to make an alternative design to the regular balloon twister 160, 260, and 350 balloon designs. Austin pitched the idea that working with designs that incorporated round balloons would make your sculptures conserve air longer and would also add a much cuter look to a design. It was a great class to push the twisting boundaries!

Third class was held by Brady DeGroot starring G-link balloons. Everyone got an experience on how to use G-Link balloons. This fun class was about making a dog house wall but, primarily, it explained the structure and just how with a simple pattern we can make large structures.

Fourth one was held by Brady DeGroot and was called the “Beach Paradise”. A class that really brought out the best of a Decor-twister by making palm trees with decorating techniques for the tree trunk and twister techniques for the palm leaves. Additionally a balloon wall was built from round balloons to recreate a wave.

On the final day the participants formed a parade on Fremont street in balloon costumes. Brady and Austin joined powers to create a wearable Batmobile which Austin wore with a Batman costume. As soon as the parade started hundreds of people on Fremont street immediately took out their camera to take photographs of the many participants of this balloon costume contest.

It was a great time! Looking forward to the next meeting! 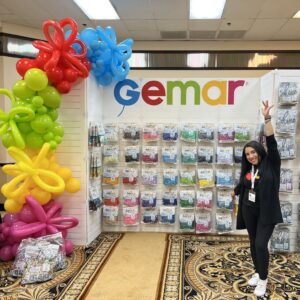 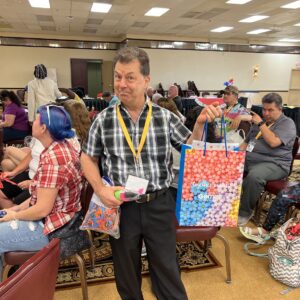 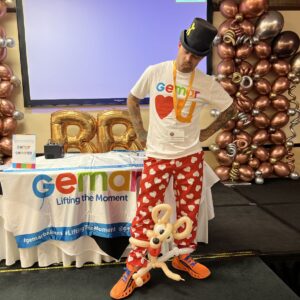 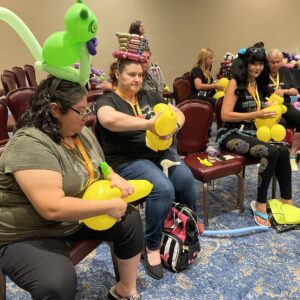 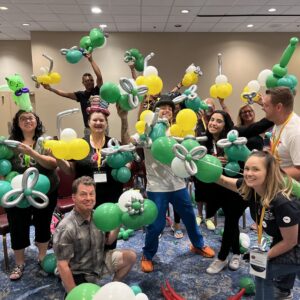 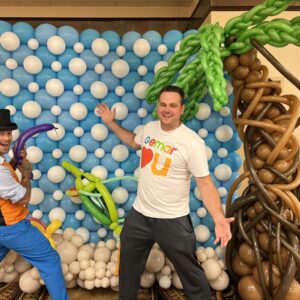 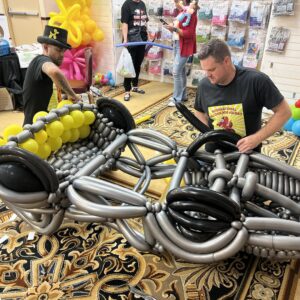 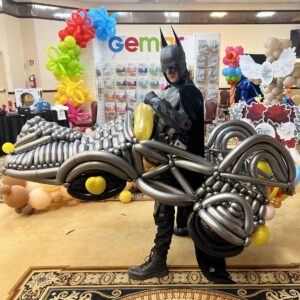 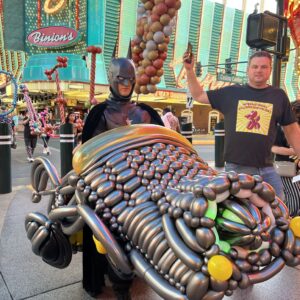 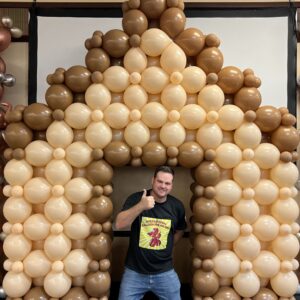